To share your memory on the wall of Eugene Holmes, sign in using one of the following options:

Gene attended college at Texas A&M University in College Station, graduating with a Master’s Degree in Dairy Science. While in college he was a member of the Texas A&M Corps of Cadets. Gene was passionate about Aggie football and attended each home game. During his time in school, he began working with the Navigators, a Christian discipleship ministry. Upon graduation, he moved to Minnesota where he worked as a federal dairy inspector. He continued his discipleship studies with the Navigators during his time in Minnesota. After returning to Texas, he worked for Marathon Oil and then operated a dairy farm in Sulphur Springs.

Gene worked for the Texas Department of Health for 20 years as a dairy inspector before retiring to his farm in Grand Saline. He loved to raise animals, work the ground, and grow vegetables. He and his family tended a produce farm, selling their goods at the Dallas farmer’s markets. Their reputation grew for high quality fruits and vegetables and soon the family began a successful CSA (Community Supported Agriculture) group. The Holmes family diligently worked to provide certified organic produce to their many customers.

Gene loved to memorize Scripture. Throughout his life, he inspired his family to walk with the Lord and read the Bible. He was faithful to pray for his family and remind them of God’s Word. The birthday cards he wrote were always full of wisdom and encouraging words. He invested in his children and grandchildren, reading books to them and teaching them proper English. He made sure his grandchildren knew how to tend a garden, and he frequently walked with them in the blueberry patch.

Gene was preceded in death by his first wife, Cynthia Holmes, and his parents Eugene Sr. and Jeanette Holmes.

Gene will be buried at Water’s Bluff Cemetery in Winona at a graveside service on Saturday, March 6, 2021, at 11am. Feel free to call or text Davis Holden for directions, 903-312-3937. A memorial service will be held at Wilson-Bartley Funeral Home in Alba, Texas, at 3pm on Saturday, March 6th.
Read Less

We encourage you to share your most beloved memories of Eugene here, so that the family and other loved ones can always see it. You can upload cherished photographs, or share your favorite stories, and can even comment on those shared by others.

Posted Mar 15, 2021 at 01:52pm
May wonderful memories of Gene Jr. comfort each family member in the days ahead. Keeping you close in thought and prayer. Janet Evans Snedegar (class of '71)
Comment Share
Share via: 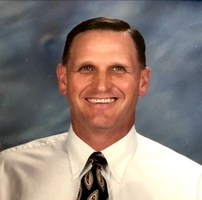