To share your memory on the wall of Ernest Warren, sign in using one of the following options:

He was a basketball star at Greenville High School. He also met the love of his life, Rebecca Lynn George, while attending there. They were married at First Christian Church of Greenville on December 27, 1955.

Ernest was employed with Robinhood Flour. Followed by a position with Hensons. After graduating from East Texas State University with a bachelor’s degree, he went to work for Vanity Fair. He finished his master’s program in Business Development while there. He won many awards for outstanding salesperson. He was with Vanity Fair for 35 years.

In 1985, he and his wife moved to Lone Oak to their dream farm. They have resided there for 36 years. Ernest enjoyed his John Deere tractor to the fullest, his riding lawnmower, raising cattle and anything farming with his neighboring farm buddies! He also had a huge love of dogs, taking in many strays.

Ernest and his wife Becky were members of the First Christian Church of Lone Oak for 30 years. There he served as an elder and chairman of the board.

Ernest served in the US Army for 8 years. Although he was never drafted, he was promoted to Sergeant.

Ernest was an avid member of the NRA and contributor to all divisions of law enforcement.

We encourage you to share your most beloved memories of Ernest here, so that the family and other loved ones can always see it. You can upload cherished photographs, or share your favorite stories, and can even comment on those shared by others.

Plant a Tree in Memory of Ernest
Plant a tree 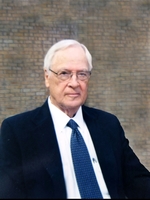