To share your memory on the wall of George Riggle, sign in using one of the following options:

Please understand the need to keep a safe distance between those in attendance. We are all navigating the evolving situation together and want to honor Mr. Riggle and his family while keeping everyone healthy.
Thank you for your understanding and support.
Read Less

We encourage you to share your most beloved memories of George here, so that the family and other loved ones can always see it. You can upload cherished photographs, or share your favorite stories, and can even comment on those shared by others.

All our love, Callie & Stacie

Posted Mar 17, 2021 at 11:14am
Kelli & Family, Our hearts go out to you and your family during this difficult time. We hope this tree will honor your father's memory forever. 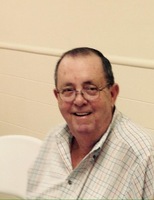