To share your memory on the wall of Harold Henderson, sign in using one of the following options:

We encourage you to share your most beloved memories of Harold here, so that the family and other loved ones can always see it. You can upload cherished photographs, or share your favorite stories, and can even comment on those shared by others.

Posted Mar 11, 2021 at 02:08pm
My precious brother and beloved sister-in-law. I am SO lucky to have had you both in my life. Our time together was way too short but I will cherish the wonderful memories that I have of you. Buzz and Ann.....I love you with every ounce of my being and as long as I live, the two of you will live, Rest in Peace and fly high with the angels. 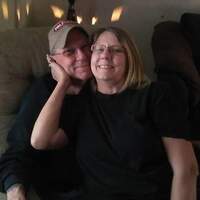