To share your memory on the wall of Lonny Humphrey, sign in using one of the following options:

Considering the State and CDC's current guidelines for COVID-19, please understand the need to keep a safe distance between those in attendance and wear a mask. We are all navigating the evolving situation together and want to honor Mr. Humphrey and his family while keeping everyone healthy.
Thank you for your understanding and support.
Read Less

To plant a memorial tree in honor of Lonny Humphrey, please visit our Heartfelt Sympathies Store.

There are no events scheduled. You can still show your support by sending flowers directly to the family, or planting a memorial tree in memory of Lonny Humphrey.
Plant a Tree

We encourage you to share your most beloved memories of Lonny here, so that the family and other loved ones can always see it. You can upload cherished photographs, or share your favorite stories, and can even comment on those shared by others.

Posted Jan 21, 2021 at 12:03pm
Deepest sympathy to Lonnie's family. He was one guy that always had a smile when you saw him. He was a salesman at our store and it was always a pleasure to see him. Fly hi Lonnie.
Comment Share
Share via:
MC

Posted Jan 20, 2021 at 06:51pm
We were deeply saddened to hear of your loss. Your family is in our prayers and may the Lord bring you comfort and peace. 2 Corinthians 3-5 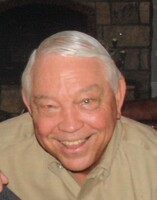