To share your memory on the wall of Walt Bryant, sign in using one of the following options:

Walton Edward Bryant Jr. went to the presence of our Lord on December 25, 2020. Walt was born on August 16, 1950 in his hometown of Grand Saline, Texas at Cozby-Germany Hospital. He spent his 70 years of life in Grand Saline with family and serving others.

Walt was a graduate of the GSHS class of 1968. He made memories on the football field where he played tackle and was a member of the FFA. He was an active Scout member for 10 years receiving the “God and Country Award” in 1966. After graduation, he went on to obtain degrees at both Tyler Junior College and East Texas University. He started work at the Salt Mine in 1970 and retired after 43 years of service. Walt was a member and trainer of the Mine Rescue Team. The team won several national championships, and Walt was inducted into Mine Rescue Hall of Fame on July 15, 2004.

Matthew 5:16 states, “In the same way, let your light shine before others, that they may see your good deeds and glorify your father in heaven.”

Walt was very active in his community. He served on the Grand Saline Volunteer Fire Department for 16 years and was Fire Chief for almost 9 years. He was a member of the Grand Saline School Board for several terms. Walt also enjoyed coaching the “undefeated” Jackrabbit soccer team and assisting Indians on the football sidelines.

Titus 2:7-8 states, “Show yourself in all respects to be a model of good works, and in your teaching show integrity, dignity, and sound speech that cannot be condemned, so that an opponent may be put to shame, have nothing evil to say about us.”

Walt actively served in every church he attended throughout his life. He loved to share the word of the Lord to all who would lend an ear. He was currently attending Van United Methodist Church where he and his wife, Leta, have been members since 2017. Together they attended the New Beginnings Sunday school class. He served on the Finance Committee and supported all ministries within the church.

Walt loved life. He had a contagious laugh and never met a stranger. His hobbies included hunting, fishing, playing guitar, hiking, traveling, and taking on “projects”. However, one of his greatest joys was spending time with his grandchildren and great-grandchildren. He witnessed the importance of Jesus onto each of their hearts.

Walt was blessed with a large loving family. He was married to his love and partner in crime, Leta Ellis Bryant. They were married over 3 years, but experienced a lifetime of memories. To see them together was to see true joy.

It is said that your legacy is not what you accomplish here on earth, but what you instill in the hearts of those left behind. As Psalms 74:4 states, “We will not keep them from our children; we will tell the next generation about the Lord’s power and his great deeds and the wonderful things He has done.”

Walt is survived by his wife, Leta, his children Janley and Jon Appleton, Jarrod and Starla Bryant, Jason and Heather Smith, Matthew and Amanda Grace, Jeremy and Heather Grace, and Becky Grace Miller, his 10 grandchildren and one great-grandchild. Other family members include sister, Fran, and her husband Ron Sorrells.

Walt was preceded in death by wife, Nan Bryant, and his parents, Walt and Verlie Bryant.

His master said to him, “Well done, good and faithful servant. You have been faithful over a little; I will set you over much. Enter into the joy of your master.” Matthew 25:23

To plant a memorial tree in honor of Walt Bryant, please visit our Heartfelt Sympathies Store.

We encourage you to share your most beloved memories of Walt here, so that the family and other loved ones can always see it. You can upload cherished photographs, or share your favorite stories, and can even comment on those shared by others.

Posted Dec 31, 2020 at 11:48am
Many of my fondest memories while growing up in Grand Saline involved Verlie and Walt and cousins Walt, Jr. and Fran. I was so happy to learn of his marriage after losing his first love. God bless his family. Mary Lou Adkins Thornton

Posted Dec 30, 2020 at 06:54pm
As sadness surrounds this time, a memory comes to mind to help celebrate Walt’s life. To me, he was “Little Walt”. Fran, his sister, a close friend for the whole of our public school experience, often had many of us at her house for Brownie meetings, Girl Scout meetings and slumber parties. Little Walt was there and occasionally “in the way” as little brothers can be. At that time, I would never have imagined that he would become the incredible, accomplished man in so many leadership positions in Grand Saline. My special message of condolence goes to my friend, Fran. I am so very sorry for your loss. I would like to be present as a show of support. Because of Covid I won't be in attendance, but I will be there in spirit.
Comment Share
Share via:
GK

Posted Dec 29, 2020 at 06:16pm
My sincere condolences to Walt's large group of friends and family... and there's a reason why it is such a large group. Although I was based out of Chicago, Walt was part of my "immediate" Morton Salt family since he took on EHS roles at the plant when I was Director of Environment for the company. I spent enough one-on-one time with Walt to know him as a person and consider him a friend as well as a co-worker. That was accomplished in record time due to Walt's kindness, honesty, and transparency. Walt was a true gentleman, a leader in mine safety, and simply a good human being. He made the world a better place and will be missed. - Gary Kruger, St. Charles, IL.
Comment Share
Share via:

Posted Dec 29, 2020 at 12:14am
Sincere condolences to the Bryant Family. Walt was a very nice person and a member of an old family who were longtime friends. John R. Huff Jr. Denton, Texas.
Comment Share
Share via:
W 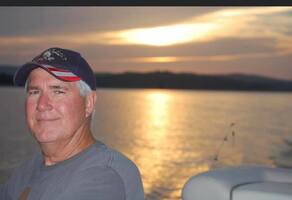 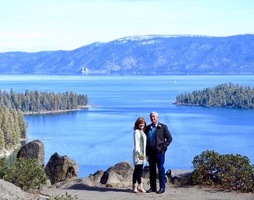 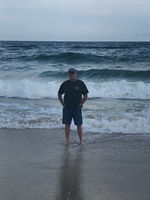 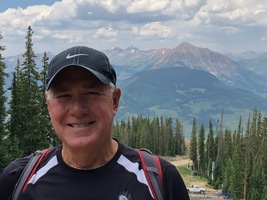