To share your memory on the wall of Dr. Richard Ingrim, sign in using one of the following options:

Provide comfort for the family by sending flowers or planting a tree in memory of Dr. Richard Ingrim

Provide comfort for the family by sending flowers or planting a tree in memory of Dr. Richard Ingrim

We encourage you to share your most beloved memories of Dr. Richard here, so that the family and other loved ones can always see it. You can upload cherished photographs, or share your favorite stories, and can even comment on those shared by others.

Posted Dec 05, 2020 at 05:37am
I had the pledger of working with Dr Ingram at Azalea trail, county Trails and Autumn woods hospice. I had something come up on my left side that resembled vain. You could say it literally brought dr. Ingram to his knees. I told him I hope he can get up from there so I don't know if I could lift him or not. His response was leave it to you to Lynn after all my years of medical practice you bring me something I've never seen before in my life. He was able to get up off his knees sat in the in the chair and you could see the wheels turning then he leaned forward and looked again at my side. Shook his head I just don't know he ordered more tests along with an ultrasound. It was an honor to have him also as my physician. My condolences to the family I'm your great loss.
Comment Share
Share via:
DO

Posted Dec 03, 2020 at 02:23pm
Diane and Family, no words can express adequately how sad we feel for your loss. Praying for comfort and peace.
Comment Share
Share via:

Posted Dec 02, 2020 at 08:42pm
Rick, his brothers Denny and Jim and I were like brothers rather than cousins!! When my folks would drop by to visit with mom's sister, Eileen and Pete, we would play, doing as much as we could get away with!!! Often it was Saturday that we would visit and us kids would get to go to the Hilltop Movies for kids, for 10 cents each!! What fun we had!! Awesome memories!!!
I send my sincere sympathies to Diane and the family!! I pray that my love, thoughts and prayers will hopefully bring a little bit of comfort!!! God Bless!!
Comment Share
Share via:

Posted Dec 01, 2020 at 11:41pm
Such a great doctor and person. He always showed interest in patients! Such a loss to our community. Really going to miss him. Prayers to his wife and family. He was really loved and appreciated!
Comment Share
Share via:
BB

Posted Dec 01, 2020 at 12:52pm
So saddened to hear of Dr Ingrim’s passing. Worked for him at CTCC for many years. He was one of the best, so kind to everyone. My sympathy to his family.
Comment Share
Share via: 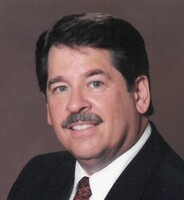